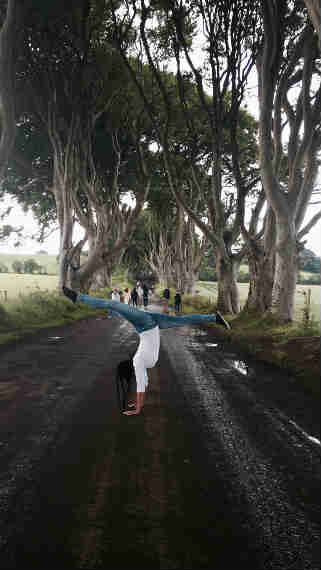 The first stop was a stop at a gas station where we could buy our lunch and snacks for the upcoming day.
Afterwards we went to the Dark Hedges. That‘s a very special place because those trees are really unique and a scene of Game of Thrones was filmed there.
The next stop was Dunluce Castle, a ruin directly built on a cliff.
Then we drove to our main stop the Giant’s Causeway. We had two hours there which is the perfect amount of time in my opinion. You have to walk down to the rocks and then back up again which takes you around 40 minutes altogether. That means you have enough time at

the attraction itself to take pictures, eat your lunch or whatever you want to do.
Then we drove to three more places in Northern Ireland, where scenes of Game of Thrones were film

ed. The guide had a map with him to show us pictures of the actual scenes, that was really cool.
Our last stop was in Belfast, where we had one hour to explore the city, get something do eat or do some shopping.

I really loved this tour because you get to see so many different things and places. It’s not only about the stops, just sitting in the bus and watching the beautiful landscape of Northern Ireland, the houses and the animals was already stunning. Not to forget to mention the driver and the guide which made a very good job. 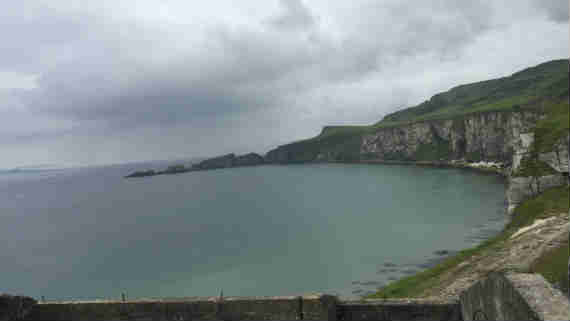 They brought us safe to all the locations and gave us so much interesting information.
I can really recommend this tour, and not just for fans of Game of Thrones. If you are a fan you will be amazed because you can actually stand on the places where some scenes were filmed. But if you are not such a big fan of it, it’s also quite cool because those locations are really really beautiful.

It’s a long day but it’s definitely worth it.

Written by: Fatima B.

Book your Game of Thrones location tour now before it’s too late!