Like every other tour, the Giant’s Causeway tour started very early in the morning. At 6:45 the bus left already the departure point and we started our journey in the North. Our guide introduced herself and driver Danny to us and gave us then some time to get comfortable in the bus. By the time we hit the motorway she started with some history about Ireland. She told us about the time, when the Vikings came to Ireland and then about the time when one of the 5 kings brought the Englishmen to Ireland. We also learned, how Ireland got split up and why they still separated. It was very interesting and the two hours, we drove to Belfast flew by. Tara also gave us some time to rest and didn’t talk all the time, which was very pleasant.

In Belfast we had 45 minutes to explore the city and get some breakfast. I took some awesome pictures of the City Hall, which is a very impressive and nice building. I also saw the Victoria Square and the big shopping centre there. Back on the bus the people from Belfast already checked in and we made our way out of the city. Afte

r this first stop, the people on the bus were really awake and it got funny on the bus. We got some information from Tara about Belfast and our next stop the dark hedges. This was already the first stop, where some parts of Game of Thrones were filmed. One example is “Aryas escape from Kingslanding”. These beautiful trees look very impressive and it is a perfect spot for pictures.

After this stop we drove all the way up to the cliffs. Our next stop was Dunluce castle, which was used as an inspiration for the castle of Pyke, where the Greyjoys rule. First they wanted to use Dunluce castle for real, but then they decided it is to dangerous for crew and cast. It was just a short stop to take some pictures, but long enough to get your hair destroyed.

Then we were only 15 minutes away from the Giant’s Causeway. Just enough time for Tara to tell us the science and the fiction about it and she also recommended the best way to go down. We got almost two hours time at the Causeway to go down there and spent time there. The path down alone is worth going there. It is the most amazing view and a beautiful sport for pictures. The way I took, is up the hill along the cliffs, till you come to a stair, that brings you all the way down to the water and to the stones, which are better known as the Causeway. To be honest I am so glad, that I didn’t walk the other way round, which would have meant to walk all the steps up instead of down. The stones are a perfect place to take some pictures and to do a picnic. After a long time there and almost 1000 pictures, we walked the hill up again and got back on the bus.

After this stop the group split up. We drove about 5 minutes and then we reached the Carrick-a-Rede Rope bridge. All the ones on the Giant’s Causeway tour got off the bus, while the Game of Thrones ones stayed. We started walking all the way to the bridge. About 20 minutes and a lot of photos later, we got to the bridge. Then we finally walked across the bridge, which was awesome. The little island on the other side provided the best views. The water there has a beautiful colour and we made the best pictures. There is nothing, but pure nature, which is absolutely great. After 1 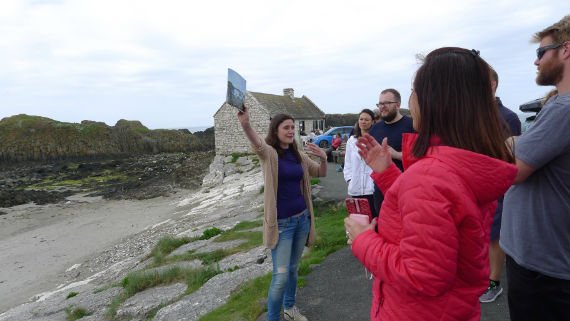 and a half hour a this place we left and picked up the ones on the Game of Thrones tour from the Ballintoy harbour. 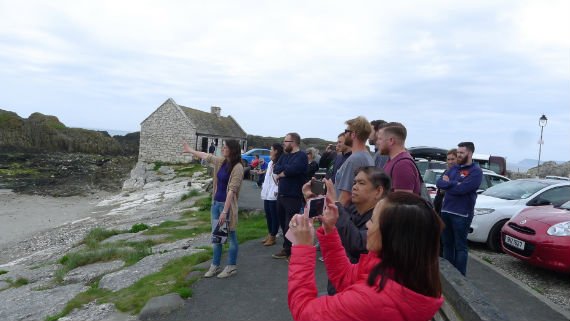 We drove all the way to Cushendun then, through the wild irish nature and some little adorable villages. On the way Tara gave us some interesting details about the area we drove through. In Cushendun we walked about two minutes, to see the Cushendun caves, where also a part of Game of Thrones was filmed. Millisandre gave birth to the Shadow, which killed Renly Baratheon later on. It is a really nice place and again a great spot for photos. Then we made our way back to Belfast. We got again some details about Belfast, which included the Terrorists there, which are the most friendly ones in the whole world. We stopped again in Belfast to get some food and use the bathroom. Then we finally made our way back to Dublin. We 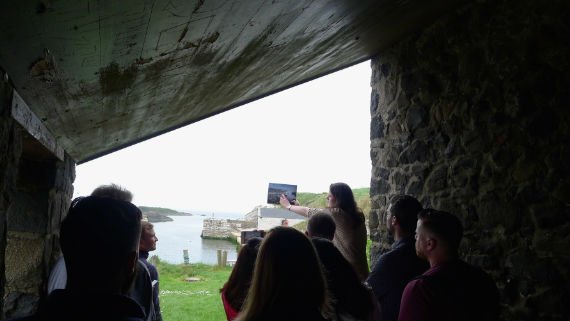 were all really tired and again Tara gave us time to rest. By the time we reached Dublin, she told us a 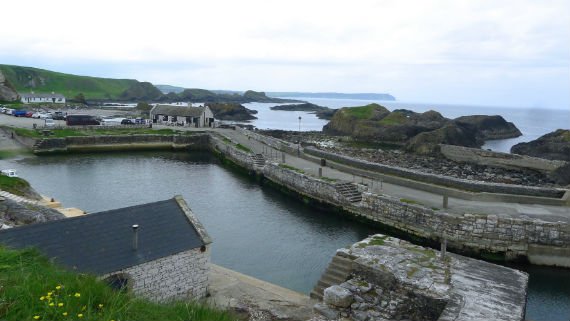 bout some stereotypes and made some recommendations. She pointed some food places out and places worth visiting. It was a really great day out and I would do it again any time.