Want a hassle-free, all encompassing tour of Northern Ireland in just one, enjoyable day trip? Book with Finn McCools Tours!

Pick up from cruise terminal included

Our bus tour from Belfast collects you right at the cruise terminal and whisks you off to explore the best places to visit in Northern Ireland – the Giant’s Causeway, Titanic Museum, Carrick-a-Rede Rope Bridge and more on one of our best value tours! 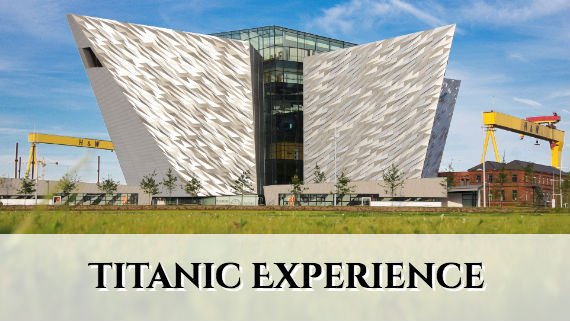 From the Belfast Cruise Terminal, we take you to the world-famous Titanic Museum (also known as the Titanic Experience). Spend around 90 minutes at the museum and learn the ship building industry in Belfast. There are interactive galleries, art exhibitions rides and so many more!

Built over 800 years ago, Carrickfergus Castle remains one of the best preserved medieval structures in Northern Ireland. It played an important military role over the years and had long been the centre of a power struggle for Irish, English, Scottish and French. 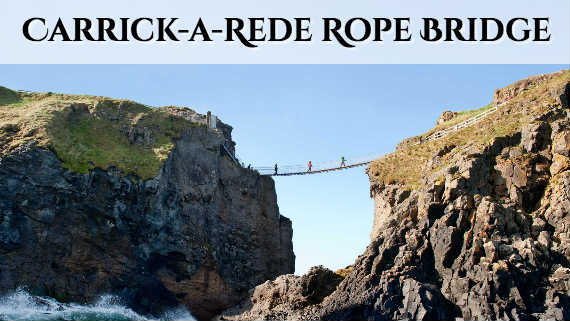 The Bridge was built traditionally for fishermen to harvest salmon from their nets. Built from the mainland to Carrick-a-Rede Island over a chasm 23m deep and 20m wide, this is a photo opportunity you won’t want to miss! 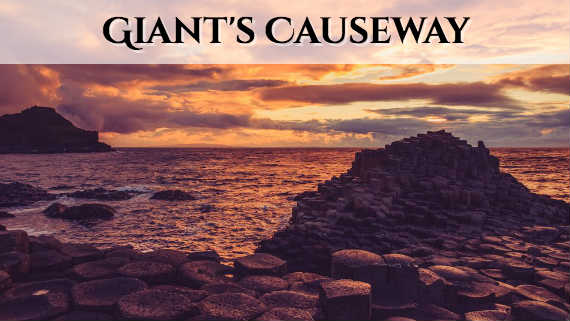 We then journey to the north coast to visit the “8th wonder of the world” – the iconic Giant’s Causeway. This UNESCO-listed, world heritage site is characterised by towering hexagonal basalt columns, interlocked to create the unique landscape.

Although scientifically it is said that these columns were created by an ancient volcanic eruption somewhat 60 million years ago, legend has it that our namesake, the giant Finn McCool, created the Causeway as a walkway to meet and conquer his enemy “Benandonner” – a rival giant from Scotland. 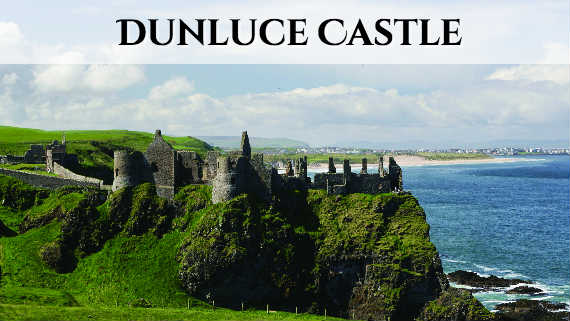 Built by the MacQuillan family around 1500 on a dramatic coastal cliffs in Antrim, this iconic castle ruins bears witness to a long history. 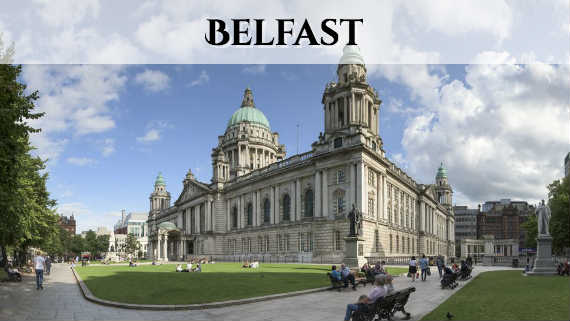 After we explore together the beautiful scenery and rolling Irish landscape, we will depart for Belfast – the bustling capital city of Northern Ireland. There is an abundance of things to do in Belfast, from shopping and museums to famous political landmarks and stunning architecture.

Depending on the time, we might stop in Belfast before returning you to the ship.

*Departure and return times vary depending on the arrival and departure time of your ship. Around a week before your tour date, you will receive an email to confirm the pick up time at the dock.

*Please note that all attractions and allocated times are not guaranteed as we have to work
around the ship’s schedule and some places might not be visited to make sure that you will be
back on time for the ship’s departure.

Pick up
At the dock when ship arrives (As we have to wait for the Harbour’s confirmation of the ship’s arrival time, we will send you an e-mail around 1 week before your tour date to let you know the exact pick-up time.)

Drop off
At the dock before ship leaves

5 star rating on TripAdvisor, Google, Facebook and other bookings sites

Jim F.
4 months ago
My wife and I had a great day out with our guide and driver William he was a very entertaining and knowledgeable chap and as they say in this neck of the woods “his craic was ninety” . Now the weather wasn’t bad for January and Saturday past was dry right up to about 4ish so all the stops were quite pleasant and the scenery outstanding in a wintery fashion. William had a lot of information about everywhere he took us and showed us video clips in relation to the sites and Game of Thrones and a bonus near the end of the tour was a visit to the Bushmills Distillery very nice have no problems in recommending this company and this driver to everyone. Ps. my wife who has a slight walking impediment and was using a cane would like to thank William for his genuine concern about her particular needs and offered welcomed advice and assistance.

Ivana J.
2 months ago
We really enjoyed our recent tour to Giant’s Causeways. Our tourguide was William and it was really great.
I recommend Finn McCool to everybody visiting Ireland :) 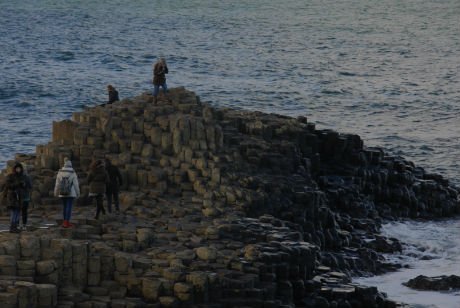 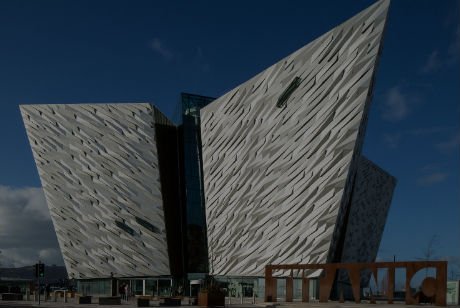 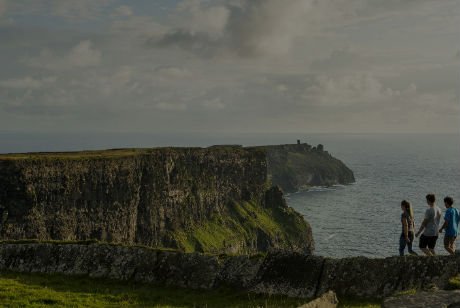