The tour began at 7 o’clock in the morning where we all met at the departure point. The driver Danny, who is a really nice guy, was already waiting for us. We got on the bus and a few minutes later started the adventure. We drove a little bit through Dublin, where Tara our guide told us some things about a few sights. 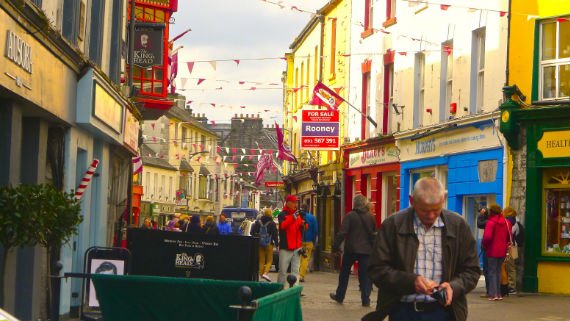 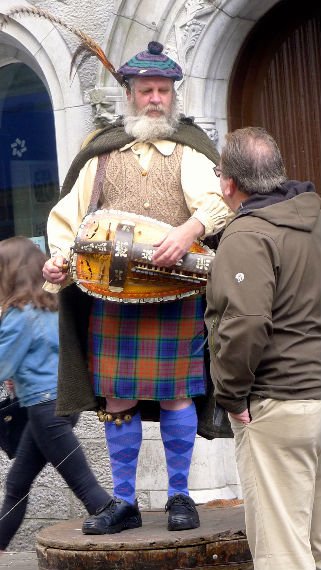 Then we left Dublin and made our way to Galway. On the way Tara informed us about the 5 kingdoms in Ireland and also told us some popular stories about the places we drove by.

We stopped on a lay-by to get some breakfast and coffee of course. Back on the bus we came to Galway in like no time with some music and some details about Galway. After we stopped and got off the bus to explore Galway, my friends and I visited the market and the church. We walked through the lovely alleys of Galway and always thought about the song Galway Girl from Ed Sheeren, which fits perfectly in this town.

We also went to the harbour, where you can see some ships and we met some really nice people there. After 1 hour exploring, we got back on the bus. 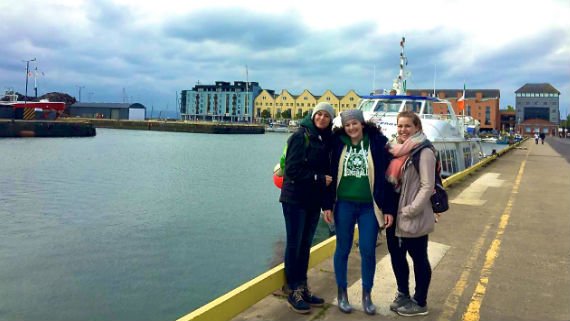 The following bus ride was the best of my life. We drove through the beautiful landscape of the Wild Atlantic Way. Along the Atlantic and through little villages to the Burren.

It was amazing to see the wild 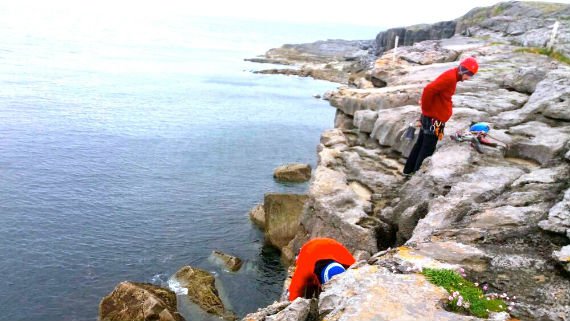 nature from Ireland that way. Again Tara told us some things about the places we came through, which were really interesting. At the Burren, we stopped for a half hour and everybody got really excited to take a lot of pictures. The best part was, except for 4 mountain climbers there were no other people just Finn McCools Tours. Also there was no fence on the cliffs. You could go as far as you liked and take the most amazing pictures on the edge.
On the other side of the bus was a little hill to climb and lots of our people had fun doing this. 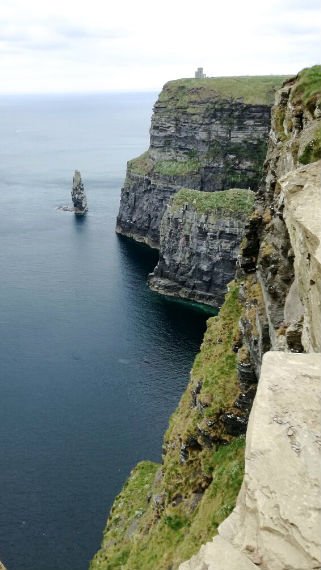 When we got back on the bus we finally made our way to the Cliffs of Moher. Again we drove through the beautiful nature and got some details from Tara while doing this. At the cliffs we got 2 hours to walk in every direction we wanted. My friends and me started on the left hand side but we only walked to the first cliff, because since my friends took so many pictures we didn’t have the time to do the whole path. We enjoyed the few which is absolutely worth seeing it. You can walk behind the fence or you can also walk next to the cliffs which is more dangerous but also worth it. Then we walked to the tower which is on the right hand side. 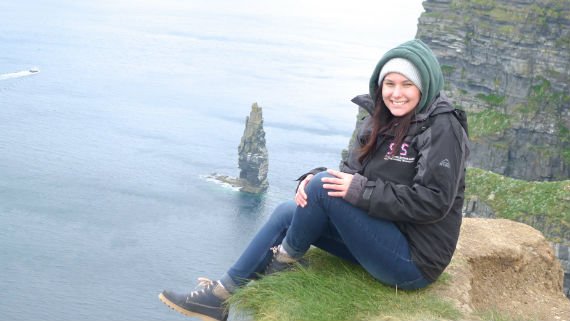 You got an amazing few from there and it is worth going there to. We took some pictures together with some Irish guys which was really fun. They are really nice people and jumped together with my friends from the steps to get good photos.

Back on the bus we made our way through the villages where we could see lots of stone houses, which are typical for the path we drove at that time and of course Tara told us all about it. 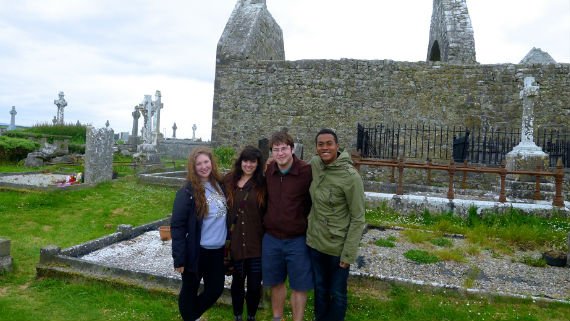 After the Cliffs we stopped at Corcomroe Abbey. it was built in the 13th Century, but is still in a good condition. We could see some old houses out of stone and a church with some graves. It is worth seeing it, because the this abbey is known for it’s stone cravings, which you can see in the graves. We spent there about 15 minutes, that we used to explore this hidden secret. 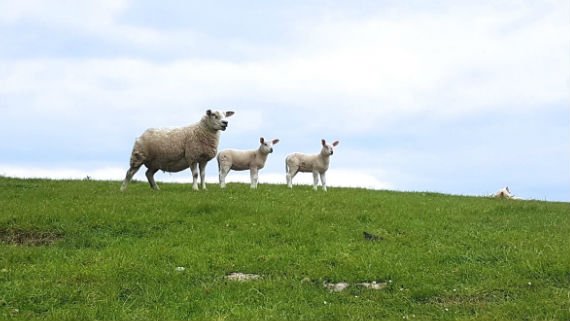 On our way home to Dublin we stopped on a lake to get to the bathrooms and got some coffee again.

Then we needed two more hours for our way home. In Dublin Tara told us about some things a lot of people ask her like the redheads in Ireland and things like that. Also she taught us some irish words like Hello and Goodbye. And she pointed a few sights worth seeing out and some places to eat. Finally Danny stopped at O’Connell Bridge where we got off the bus.

It was a really really good day and we had lots of fun. The Cliffs are worth seeing them but to be honest I liked the Burren more, because we were there all alone.

Book your Cliffs of Moher tour now before it’s too late!