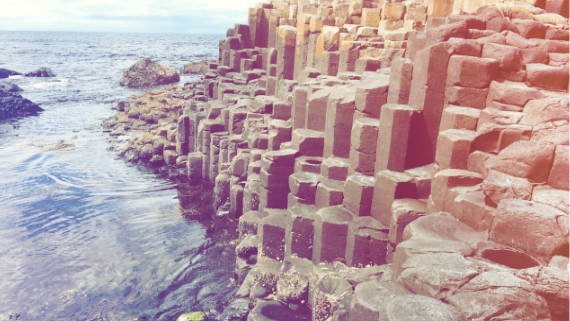 My tour started at 7:15 am in Dublin. I chose to go on the Titanic Museum & Giant’s Causeway tour because on the one hand, I’m really interested in the history of titanic, but on the other I also wanted to see the beautiful Giant’s Causeway. So the tour Finn McCools tours offers seem to be perfect for me.

7:15 am: Starting from Dublin City center, heading to Belfast, UK.
My guide was well informed about the Irish history, told many myths and facts along the way, so we won’t get bored on our 2 hours drive to Northern Ireland. On our way, we had a quick stop at a service station, so we could buy some lunch for the day.

10:00 am: Arriving at the Titanic Museum
The Titanic Museum in Belfast is absolutely stunning. It’s an architectural masterpiece, from the inside and outside. The museum tells the story of the titanic from conception, construction and launch. It’s a must see for everyone. You don’t have to be interested in the Titanic to go there, as you learn so many interesting facts about shipping and the history of Belfast itself. 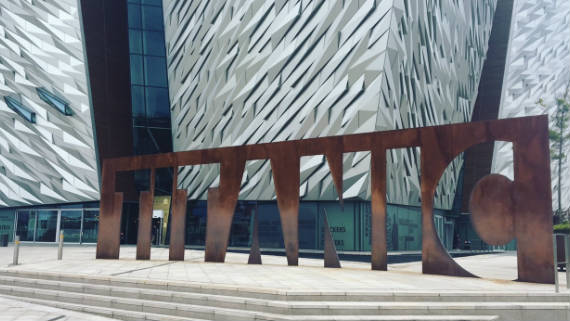 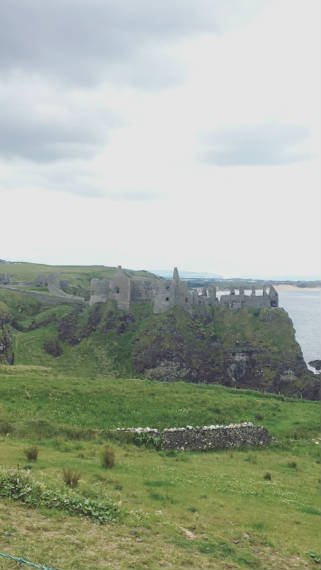 12:00: Heading to Giant’s Causeway
After our 2 hours stay at the Titanic Museum it was finally time for the stunning Giant’s Causeway.
On our way there our guide Eugene entertained us well with telling us stories about the Irish.
We made a quick stop at the Dunluce Castle to take some pictures,
before we got to the main attraction, the Giant’s Causeway. 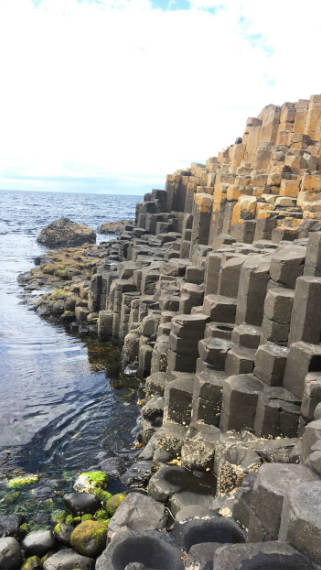 1:30 pm: Arriving at Giant’s Causeway
2 hours time to explore the green fields, the breathtaking stones and enjoy the view across Scotland.
I chose to go far from the tourists at first, because I wanted to enjoy my lunch all by myself at such an amazing backdrop. So I climbed down some black rocks to get the best view at the sea.
After finishing my lunch, I wanted to explore the
interlocking hexagonal basalt columns. So I walked round about 10 minutes to get there. I’ve seen similar rocks in Iceland before, but not in such an amount. The work of nature in here is incredible!
There’s not enough time to explore all of the beauty this wonderful place has to offer, you’d need a whole day to really see it all. But I enjoyed my 2 hours at the Causeway to it’s fullest anyway.
At the end, I drunk a Guinness with the guys from my bus on the terrace of a tiny restaurant at the Causeway, a beautiful way to end the amazing experience.

3:30 pm: Dark Hedges
To be honest, I’ve never seen the series Game of Thrones, so I didn’t know what to expect from the filmset. But if you are a fan, you will probably be seeing the Dark Hedges from this Game of Thrones + Giant’s Causeway tour.
But as we arrived there, I could understand why it’s one of the most photographed sights in Northern Ireland. The old trees seem to form a cave around the tiny street, which makes it look so gorgeous. We’ve had a 10 minutes stop there, before we head back to Belfast.

5:00 pm: Belfast City Center
We had an hour to go shopping in the city center of Belfast. I really enjoyed it, because I’ve found a Poundland in the mall. So I’ve spend my hour in Belfast doing grocery shopping, which was quite good. I bought some souvenirs for my family there as well before I went back to the bus.

7:00 pm: Arriving back home in Dublin 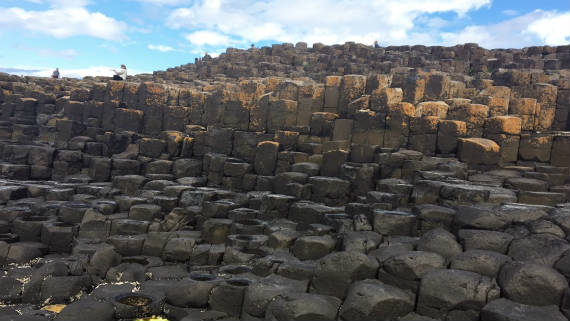 Even if I travelled alone, I never felt alone, not even a minute.
I was really lucky, that the guide, driver and the people in the bus were so friendly and warmhearted.
They let me charge my phone, took pictures of me and drank a Guinness with me.
I love to go to places where your problems become so small, they seem disappear in the deep blue ocean and the grass green fields, and Giant’s Causeway is one of those places.